Veteran Nigerian TV anchor, Dame Julie Coker, has arrived the United Kingdom for the upcoming premiere of her new movie, “The Broken Bride.”

The beautiful lady who was once crowned Miss West Nigeria and Miss Nigeria 1976, landed in the English capital on Thursday afternoon, June 26th, 2014.

Julie was treated to a warm reception, and was greeted with flowers by Film Director, George Kelly, who directed and produced the Nigerian-UK Film.

Meanwhile, she was due to attend her first major public appearance with dignitaries and notable high class entrepreneurs on Friday, June 26th, 2014. 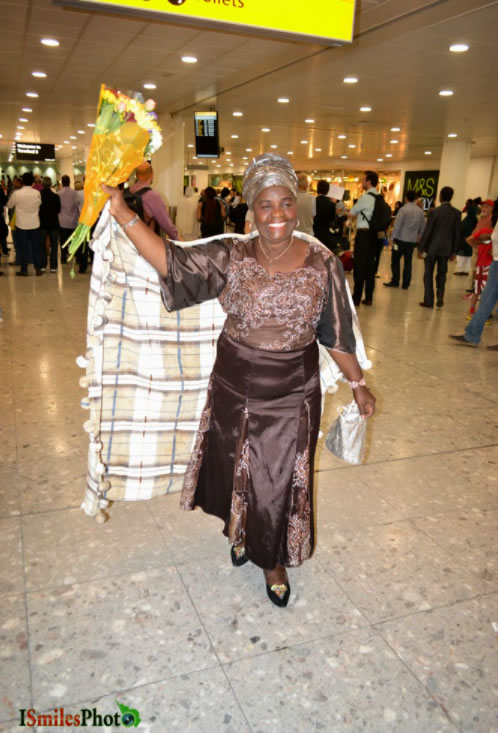