EMC3 Nigeria in collaboration with Thorburn Investments in aid of the Richard Coker Foundation well supported by FCMB presents ‘Song Queen: A Pidgin Opera’ the world’s first pidgin English opera, by The Venus Bushfires aka Helen Epega.
Today, 8 November 2019, Students of Falomo Junior High School, Ikoyi (Lagos), distinguished guests and members of the public are in for a treat at the performance of the ground-breaking show at the famous MUSON Centre, Onikan (Lagos). 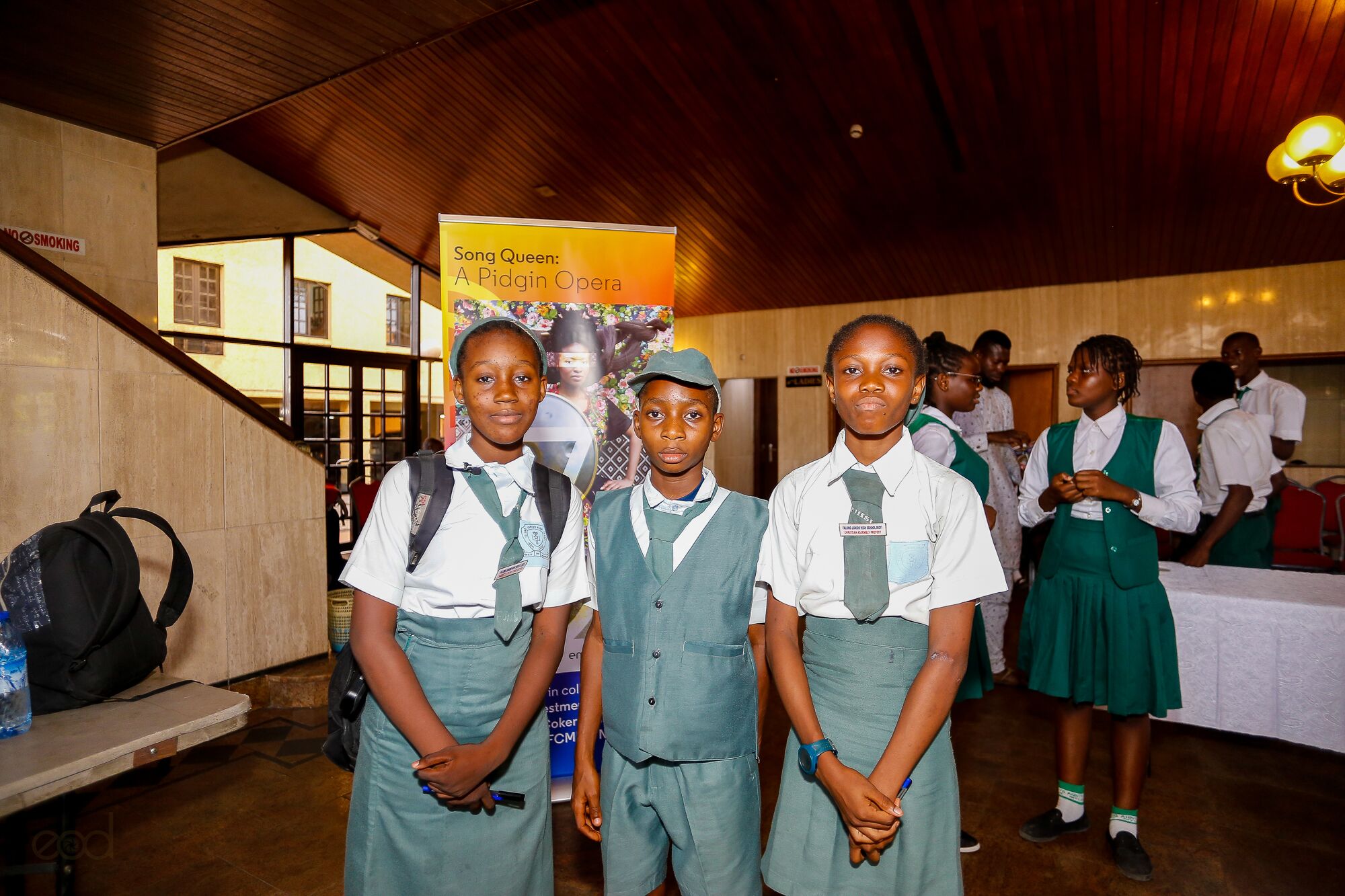 The day dawns with a twin set of events, the first of which is a matinee hosted by Song Queen: A Pidgin Opera and EMC3, at which JSS3 student winners of The Richard Coker Foundation’s Essay Writing Competition will be presented with their prizes for inspiring articles on the sickle cell condition. The second is an evening performance open to the public.

The literary initiative HOW LIVING WITH SICKLE CELL INSPIRED ME/SOMEONE I KNOW, is part of an annual programme in conjunction with the Sickle Cell News & World Report Magazine, to promote sickle cell awareness through reading, writing, sharing personal stories and reasoning among junior students in public schools in Nigeria. The first prize of N75,000 was won by Fathiah Sadiq, second prize of N40,000 by Jeremiah Ezekiel while third prize of N25,000 went to Precious Duruji all from Falomo Junior High School. The Lagos island school also received financial contributions towards updating its library and computer room. 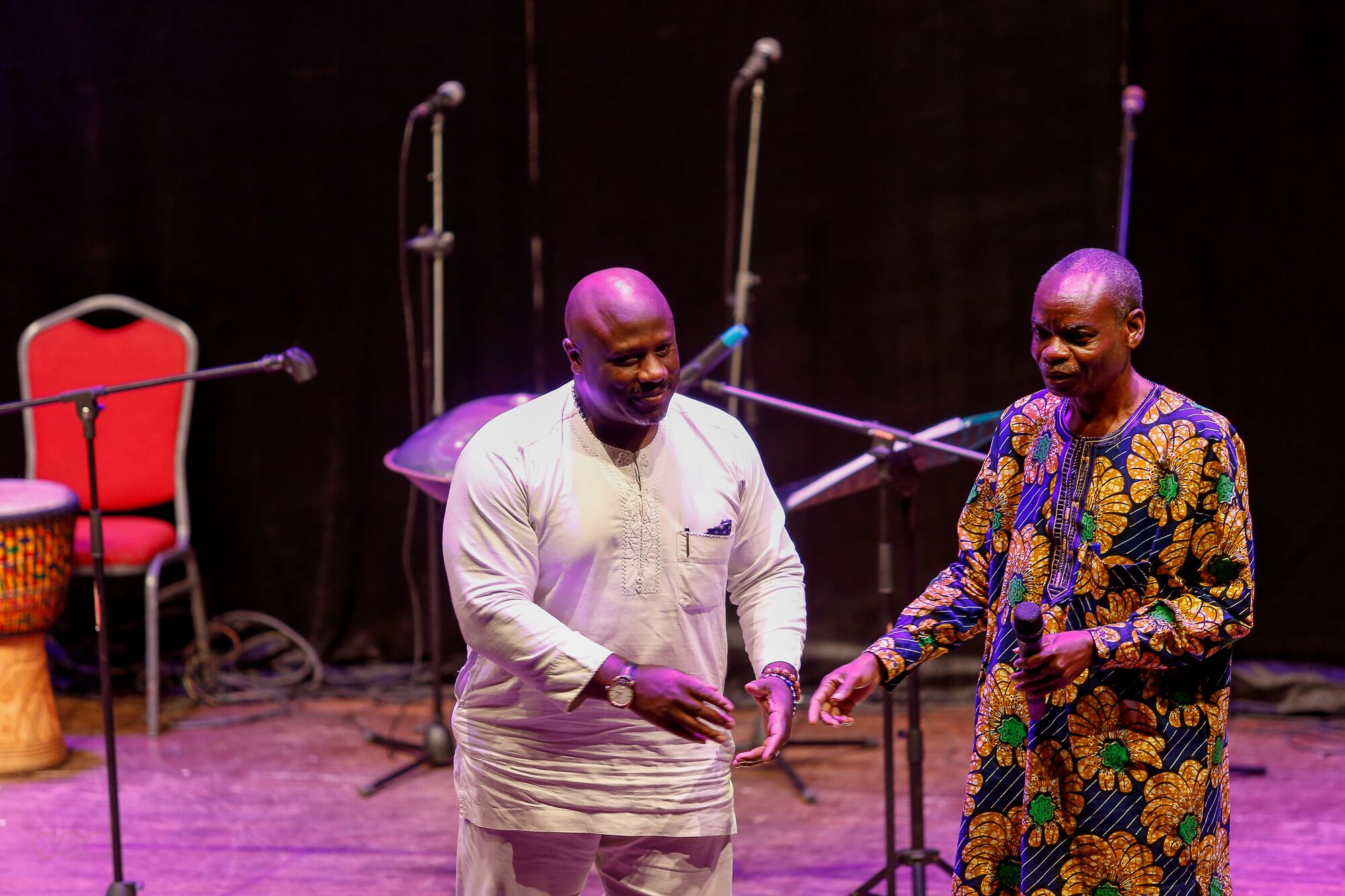 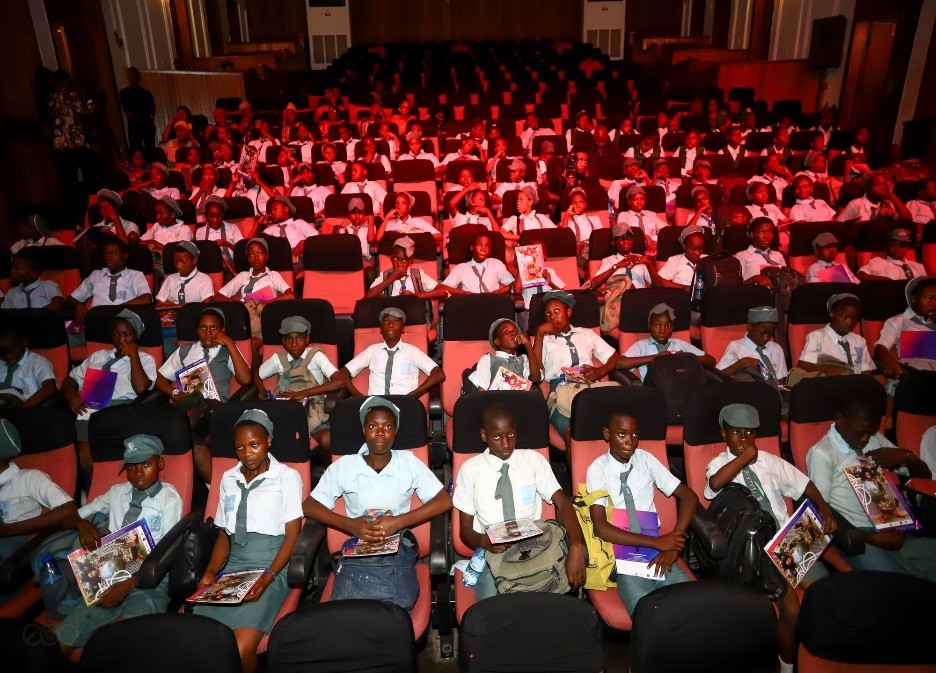 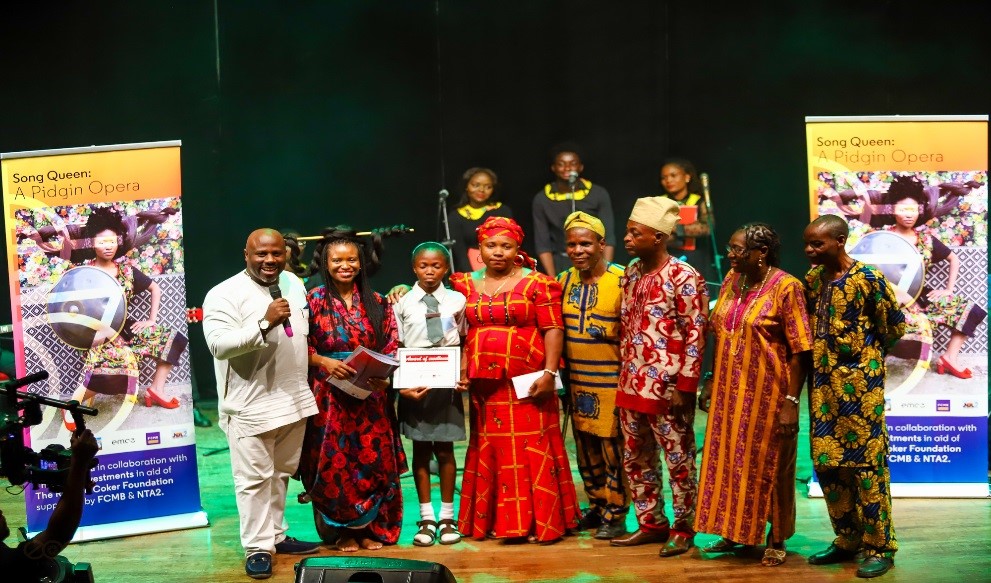 “This opera is about celebrating that which brings Nigerians together and sharing African art and culture with ourselves and the world in an inclusive way”, says Song Queen’s composer Helen Epega. 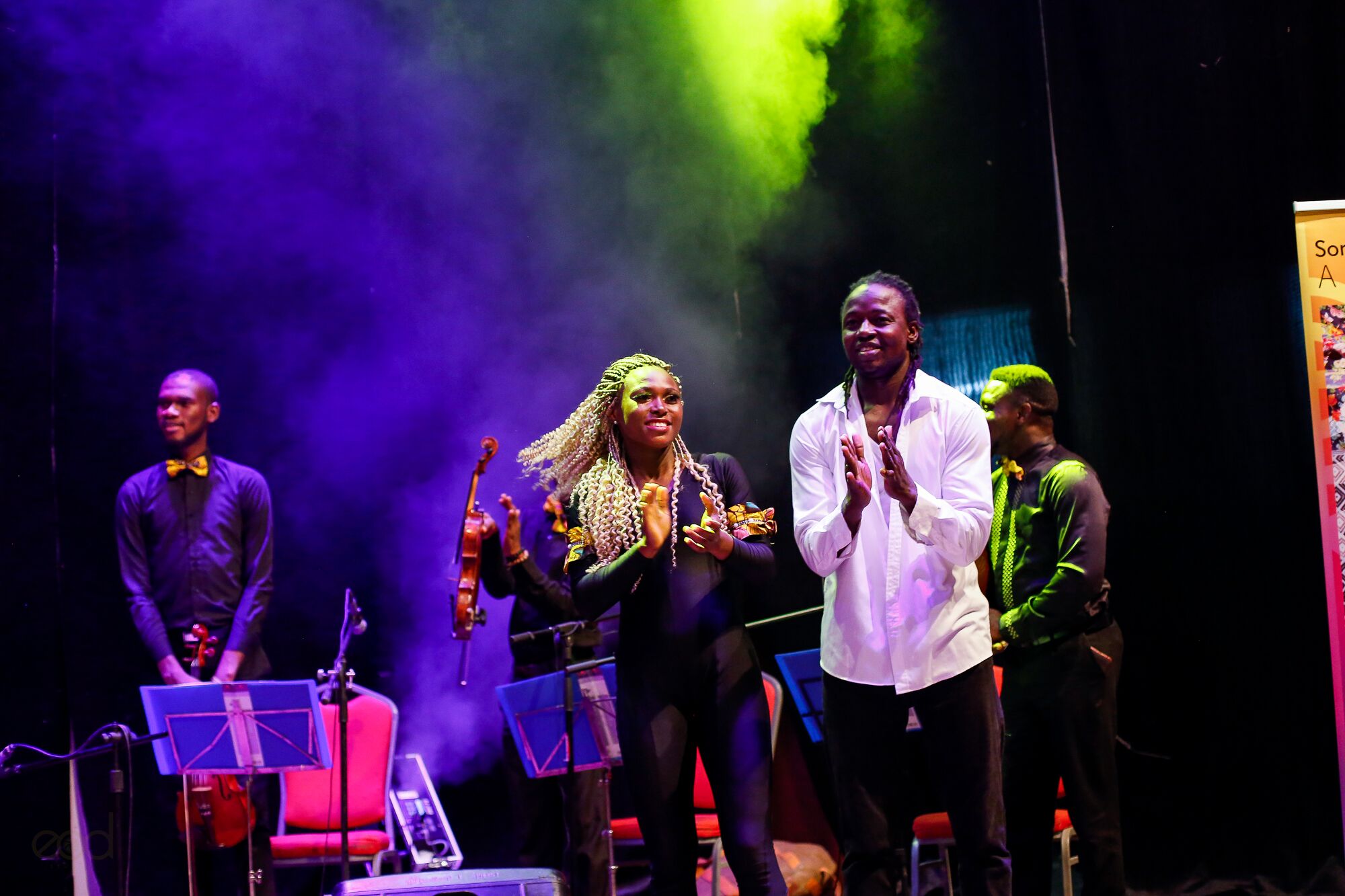 ABOUT THE RICHARD COKER FOUNDATION (RCF):The loved son born to media stalwarts Mike Enahoro and Julie Coker in 1972, Richard Coker-Enahoro was on the cusp of international acclaim as a film director when a combination of sickle cell anaemia and leukemia cut short his dreams. He was 32, a talented script writer, video music producer and avid traveller. After his passing in 2004, his family and friends came together and established the RCF in his name to offer robust SCD awareness throughout Africa and assist those living with the condition. RCF has sponsored or undertaken sickle cell sensitization programmes at educational and religious institutions across the world and in several states in Nigeria since 2004.

ABOUT EMC3:emc3 is a world leading creative agency. Specializing in event management, brand marketing, design, speaker management, event marketing and more, it has branches in Nigeria, the UK and USA. Its’ Chairman, Mr. Baba Jallah-Epega joined hands with the family in 2004 to establish the RCF as a foundation in England and Nigeria. Growing up in England with a cousin living the sickle cell challenge was an eye-opener for Mr. Epega. “Richard was a compassionate human being”, Mr. Epega often says, “the Foundation in his name will not rest until SCD is finally defanged”.

ABOUT SONG QUEEN: A PIDGIN OPERA:SONG QUEEN: A PIGIN OPERA is the world’s first ever production of its kind. A blend of the rich African story-telling tradition using Pidgin English combined with classical English opera, it has been performed in Europe and South Africa to rousing critical appraisal and spellbound audiences. The songs are composed by Mrs. Helen Epega, also known as The Venus Bushfires, fusing musical and visual influences from various sources into what she dubs Neo-African Folk music. Mrs. Epega’s work has been celebrated globally. In June 2019, Mrs. Epega’s ensemble treated students and teachers from three secondary schools in Lagos to an awe-inspiring session at the Mike Adenuga Alliance Francaise Centre, Ikoyi. This is only the middle as the show and campaign will go on.*** 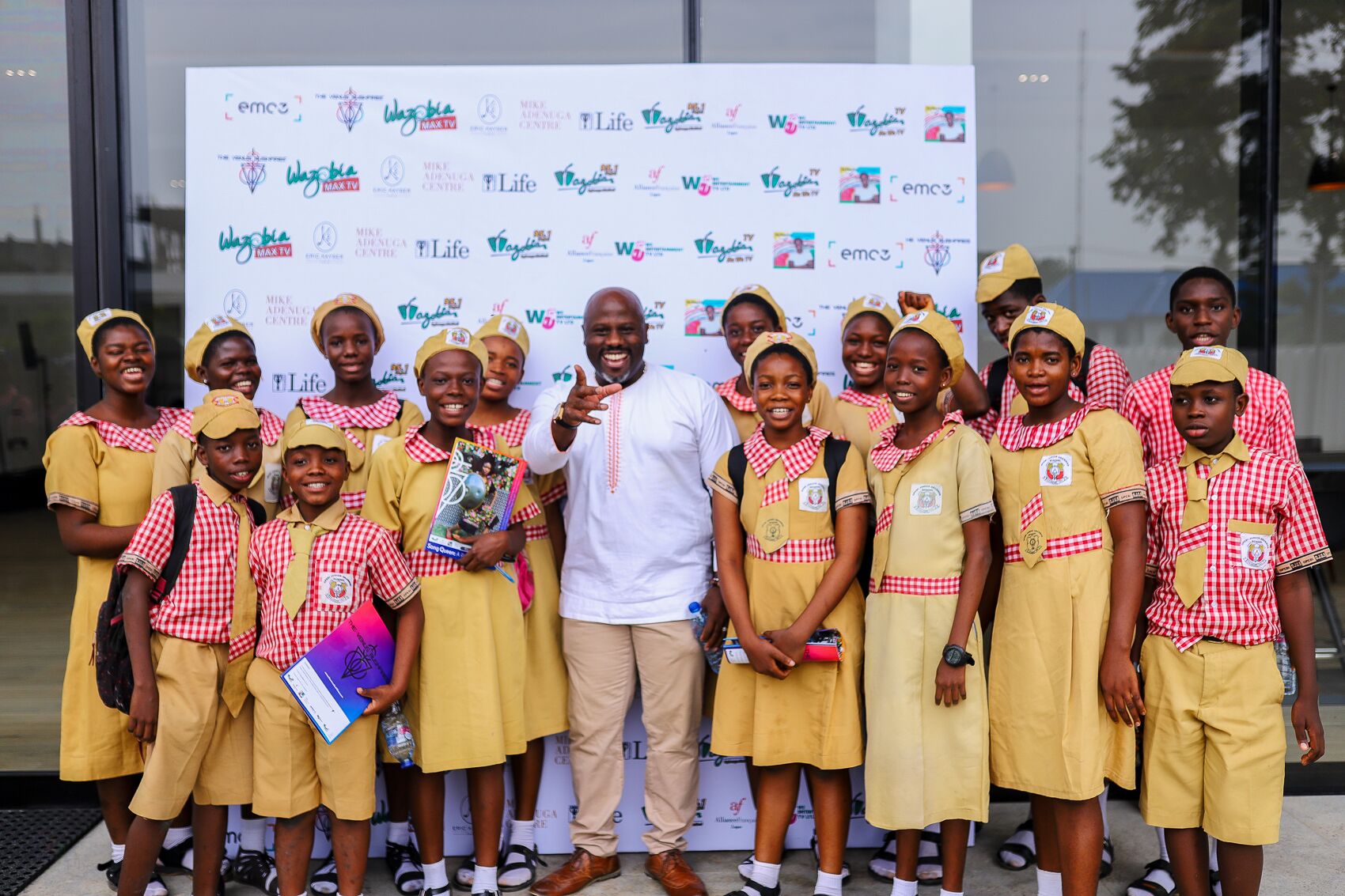 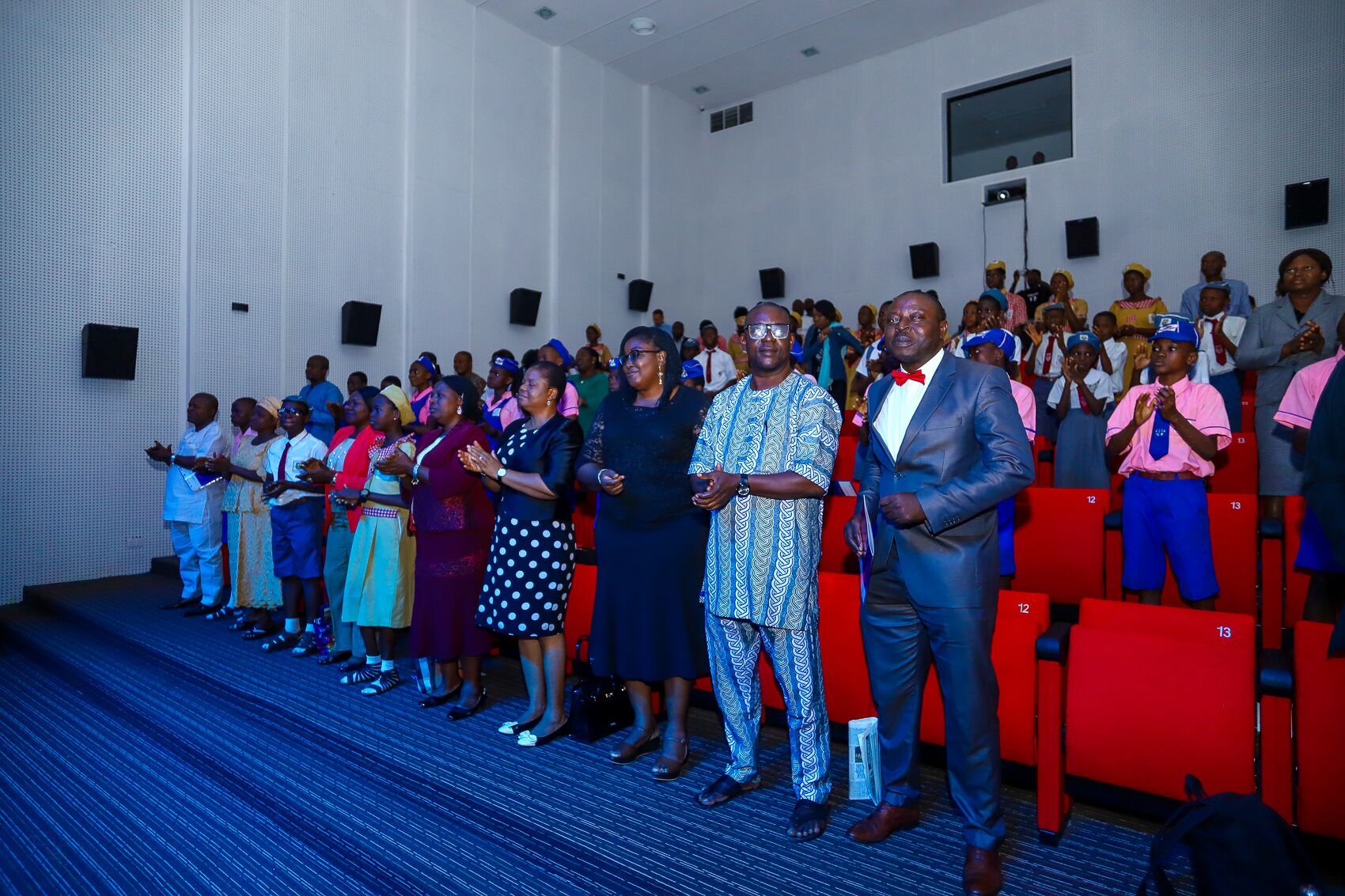 On the 26th, June 2019, students of three public secondary schools in Lagos got an initiation into the artistic world of the opera, courtesy of the Richard Coker Foundation (RCF) and The Venus Bushfires.

The schools were selected to take part in the pilot test of an annual SCD Essay Competition, an RCF vision to amplify sickle cell awareness among young Nigerians.The inaugural topic was, ‘HOW LIVING WITH SICKLE CELL HAS INSPIRED ME OR SOMEONE I KNOW’. After a grueling assessment process, a winner was picked from each school by Helen Epega.

Few days before the main event, a visitation was made to Maryland Junior School with WazobiaTV/Radio to announce the winners and make some filming and interviews. The day dawns with a twin set of events, the first of which is a matinee which was with the students, the students were well fed and given Song Queen brochures before they were been ushered into the theatre for the Opera show. The winners of the essay competition were announced and given there prizes alongside with their parents and teachers. 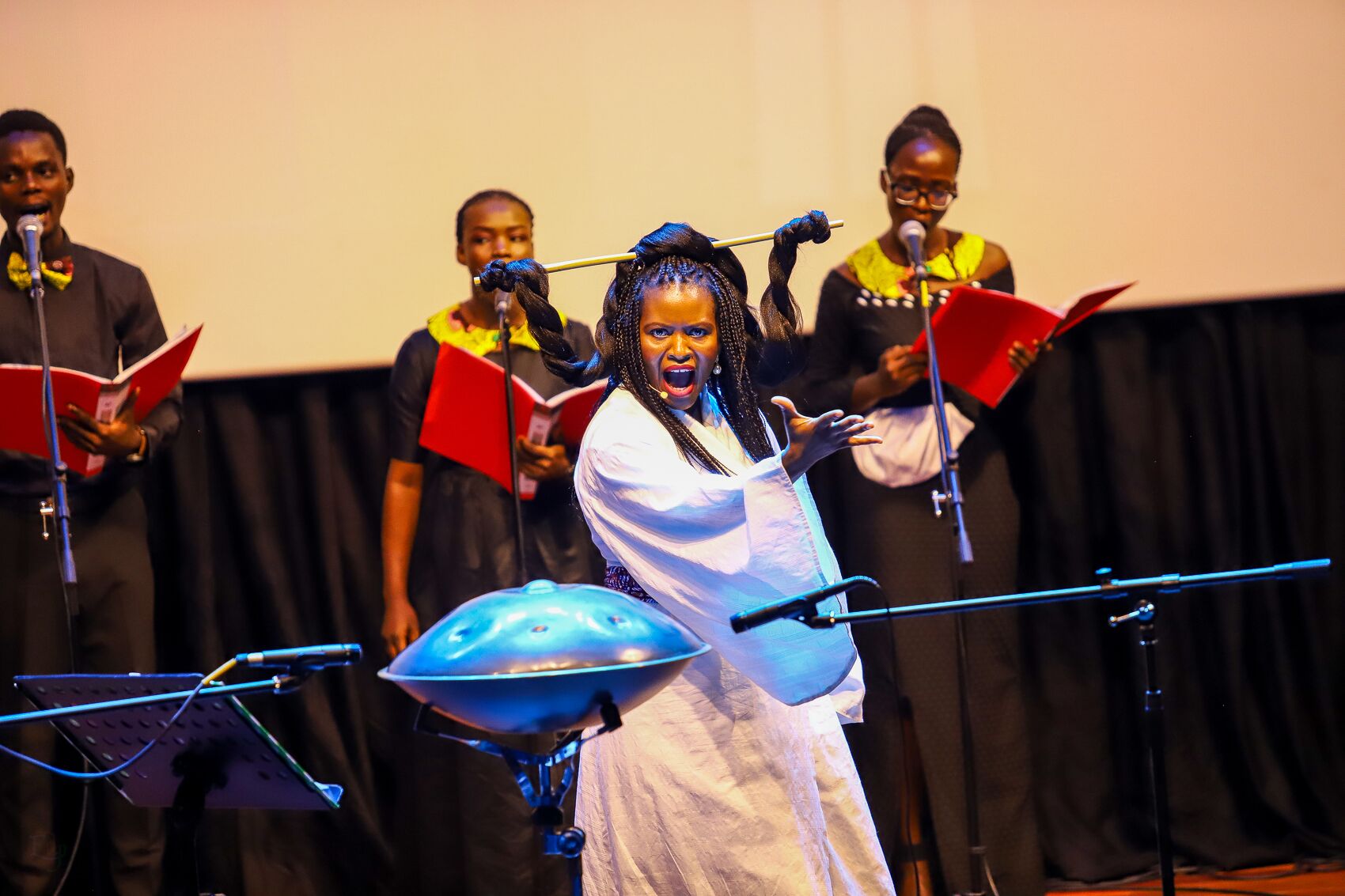 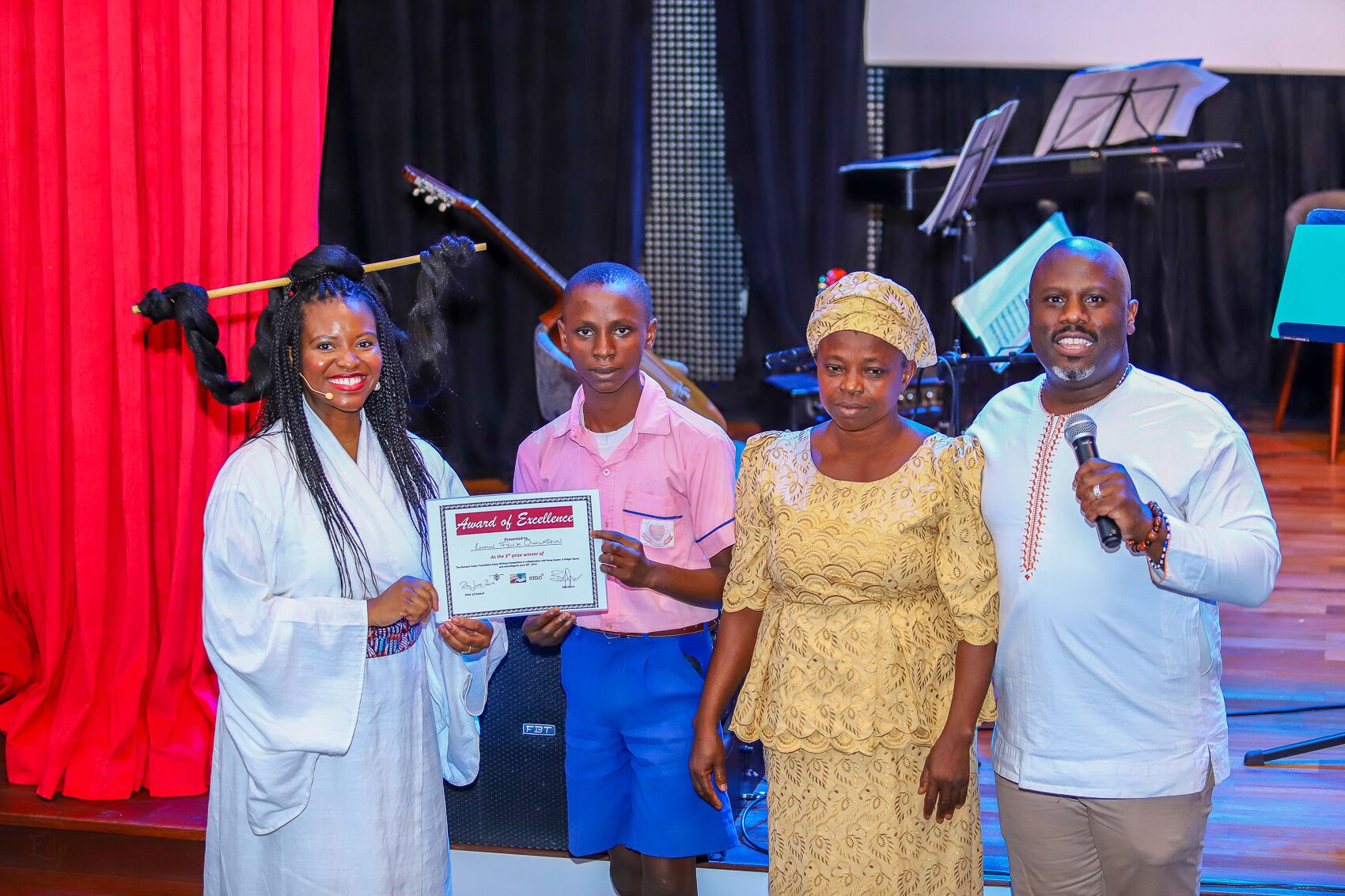 (Immaculate Heart, from which the winning essay emerged, had its sanitary facilities renovated to the tune of over ₦200,000).

Later in the evening was the second performance opened to the public. 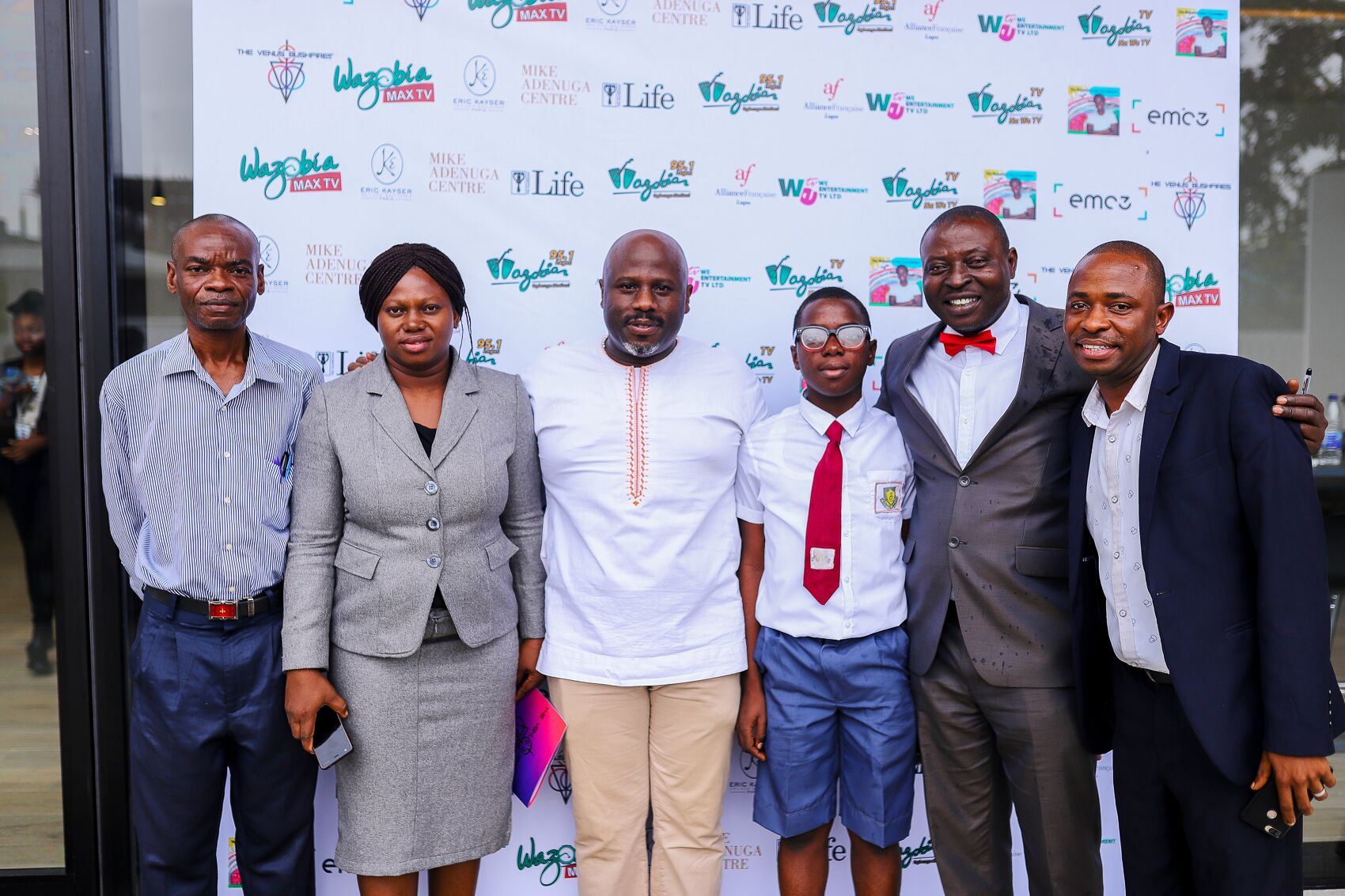 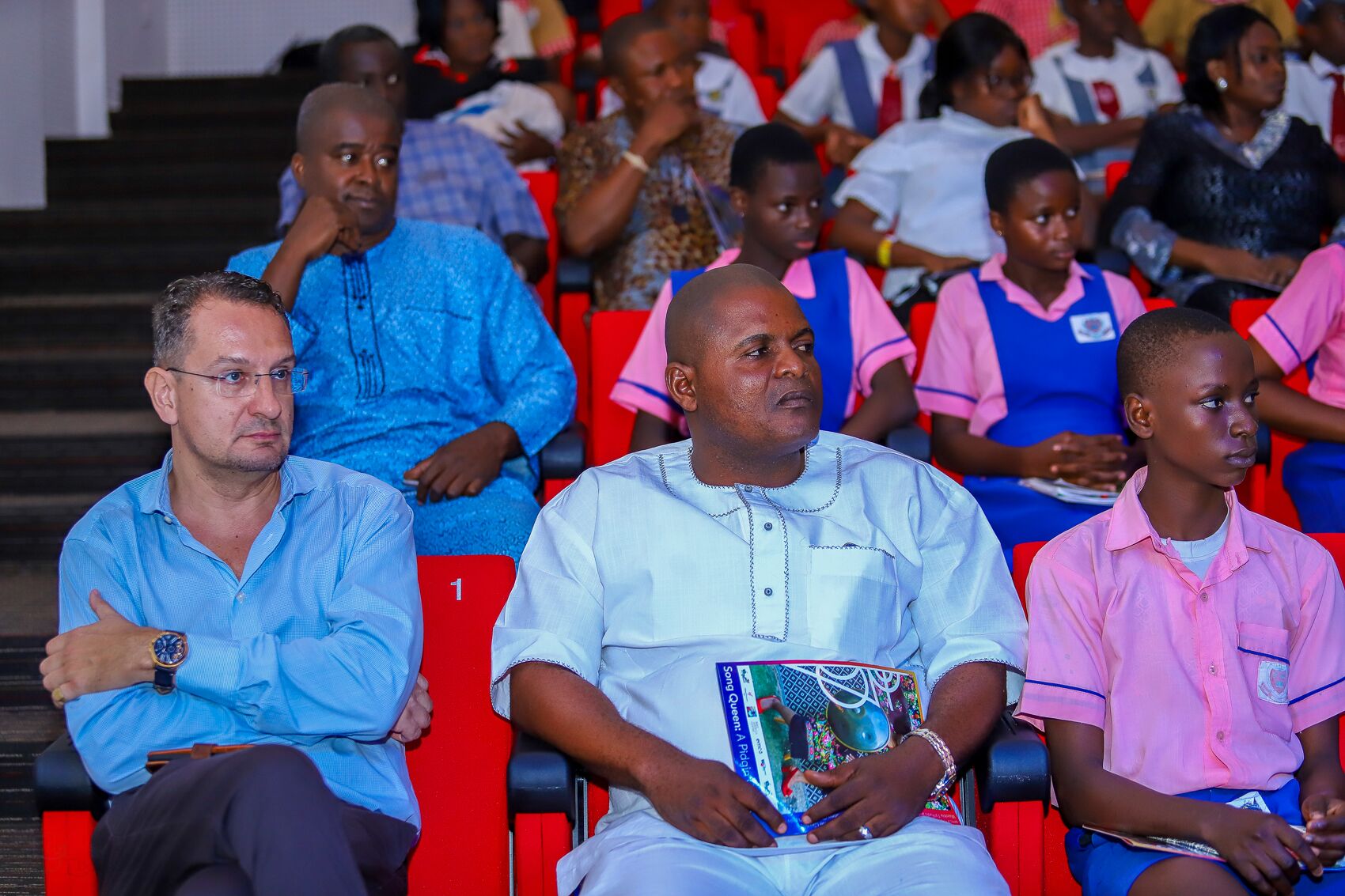 This was first of its kind which we have planned to do every year in conjunction with the Sickle Cell News & World Report Magazine, to promote sickle cell awareness through reading, writing, sharing personal stories and reasoning among junior students in public schools in Nigeria.“This opera is about celebrating that which brings Nigerians together and sharing African art and culture with ourselves and the world in an inclusive way”, says Song Queen’s composer Helen Epega.

The event started with a red carpet drinks reception attended by the Society’s Prestigious VIP guests. All guests were seated at tables for a delicious hot three-course buffet with wine and soft refreshments.

Dinner was followed with performances by top entertainers, and all guests had the chance to win unique prizes at the Charity Raffle.

The Richard Coker Foundation conducted the awareness session on the 7th of March at Lavista Montessori Private School – Ikorodu, Lagos. RCF  gave a Sickle Cell Condition talk and “take-away”  informative magazines- there must have been close to 100 pupils in attendance!